2021 is already one of the most groundbreaking years in American history, if for no other reason than for what transpired in January: Kamala Harris became the first woman to occupy the office of vice president, making her the highest-ranking woman in the history of American government. Vice President Harris first came to national prominence as junior senator from California, then as candidate for the Democratic nomination in 2020. In addition to being the first woman to hold her office, she is also the first vice president of African descent and South Asian descent.

Vice President Harris was born in Oakland, California in 1964 to Shyamala Gopalan, a biologist and breast cancer researcher from India, and Donald J. Harris, an economics professor from Jamaica. She and her younger sister Maya were raised in Berkeley, California. Their parents frequently brought them to services both at an African American church and a Hindu temple, and they made many visits throughout their childhood to extended family both in India and Jamaica. Their parents divorced when Kamala was seven, and when she was twelve she and Maya moved with their mother to Montreal. She would go on to attend Howard University in Washington, D.C., where she graduated in 1986 with a degree in economics and political science. She then received her law degree from the University of California, Hastings, and passed the bar in California in 1990.

In 2004, she was elected District Attorney of San Francisco and would serve until 2011. In her role she instituted various reforms, among them a pledge never to seek the death penalty. In January 2011, she was elected District Attorney of the State of California, becoming the first woman, African American and South Asian American to hold the office.

In 2015, longtime California senator Barbara Boxer announced that she would not seek reelection, opening the door for Harris to run. She was an early favorite and was endorsed by then governor Jerry Brown. She would go on to win the seat with more than 60% of the vote. As senator, she would quickly become one of the figureheads of the Democratic Party on Capitol Hill. Her rising star power in Democratic politics led to her candidacy for the Democratic nomination for president. While her primary run was not successful, she was seen by many as a frontrunner for President Biden’s pick for vice president. 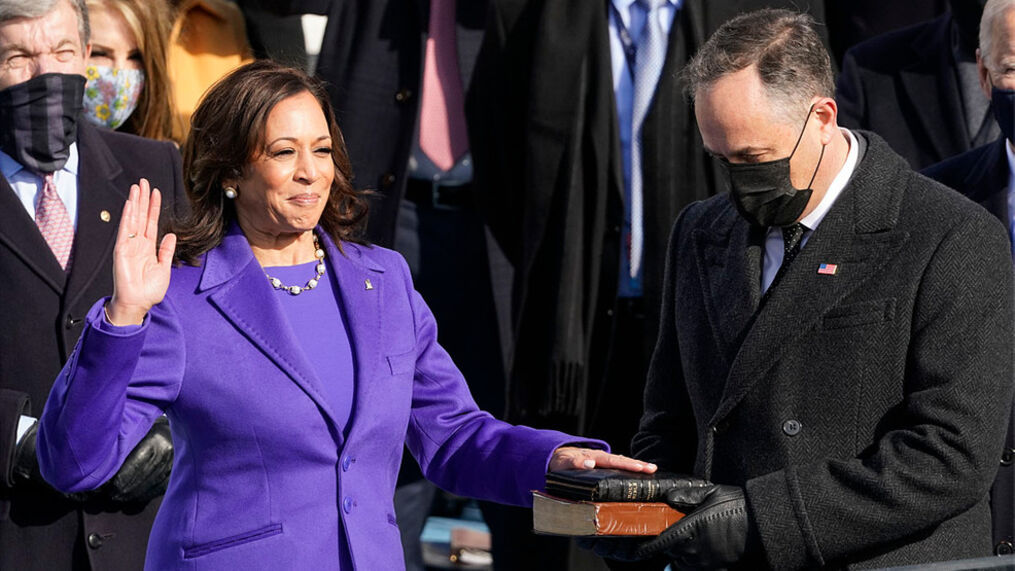 Vice President Harris’ election to the office of vice president is a landmark moment in American history. As the first woman to reach this high an office, her election moves the country one step closer in the direction of abolishing the bias many hold of the limits to what women and people of color can achieve. Her election is a harbinger of what we all hope is to come for the future of our country and world.