Dr. Daniel Hale Williams was a groundbreaking surgeon and leader in the medical community for African Americans in the late nineteenth and early twentieth centuries. He founded the Provident Hospital in Chicago, America’s first hospital with an interracial staff and first school for Black nurses. He was committed to integrating hospital services for patients of all races. He is also widely considered to have performed the first successful open-heart surgery. A truly daring and inspiring figure for whom the sky was the limit.

Dr. Williams was born the fifth of seven children in Hollidaysburg, Pennsylvania in 1856. His father died of tuberculosis when he was just nine years old, after which his mother sent him and some of his brothers and sisters to live with relatives. Young Daniel lived in Annapolis, Baltimore, and Illinois before finally joining his sister in Wisconsin and opening a barbershop.

It was in Janesville, Wisconsin, that he served as an apprentice to the local doctor and chose to pursue medicine. Williams enrolled in Chicago Medical College (now Northwestern University Medical School) in 1880 and graduated in 1883. He then opened a private practice that he opened to all races. At the time he was one of only four practicing African American physicians in Chicago.

In 1889 Williams was appointed to the Illinois State Board of Health. Drawing upon his newfound success and acclaim, he took it upon himself to find the Provident Hospital and Training School for Nurses in 1891. Counteracting the prevailing norms of racial discrimination, Provident was the first American hospital to hire an interracial staff and train Black nurses. The hospital is still operating under the name of Provident Hospital of Cook County. 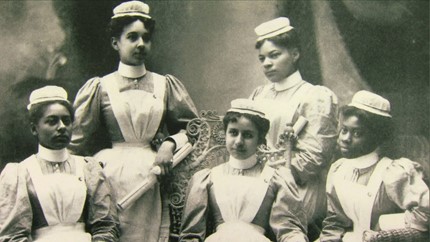 In July 1893, a man named James Cornish was admitted to Provident Hospital with a stab wound in his heart. Dr. Williams operated the morning after his admission, without a blood transfusion or penicillin. James Cornish was discharged from the hospital 51 days after the initial procedure. Not reported on for another four years, this procedure is now widely considered to be the first successful open-heart surgery ever performed on a human being. This procedure predates the x-ray, antibiotics, and many of the central tools of modern surgery.

Dr. Williams worked throughout his career to expand opportunities for Black physicians and medical professionals. His career brought him to Washington, Nashville, and back to Chicago. He died of a stroke in Idlewild, Michigan in 1931.

Upon his death, Dr. Williams was a relatively obscure figure. His legacy expanded after his death, however, and he is today remembered as an iconic, inspirational and groundbreaking figure in American history. The American medical profession owes him a huge debt of thanks and reverence for his many extraordinary contributions.